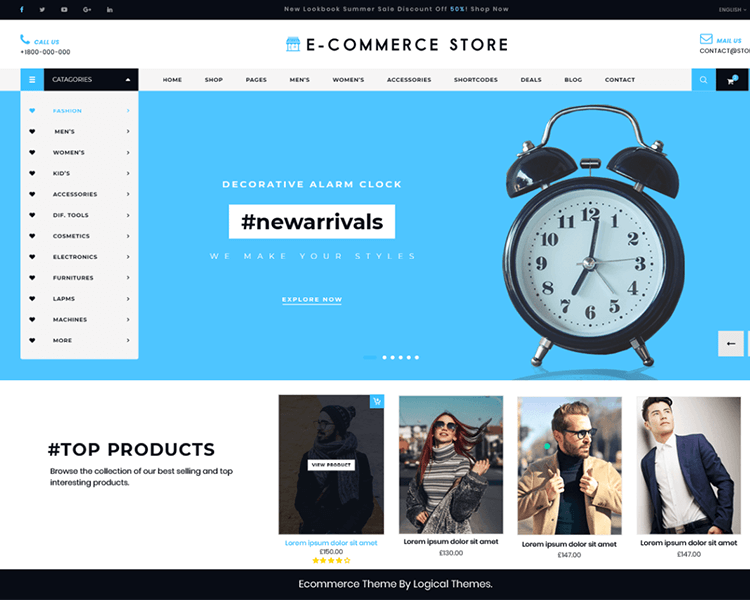 Ultimate Ecommerce Shop is a modern and captivating WordPress theme specialized on an e-commerce website. It’s fully responsive and fits well in all kinds of modern hand-held devices. Besides the eCommerce website, it is used for several other purposes. Its sophisticated layout design has been made to suit perfectly for the eCommerce website. In no time it catches the attention of potential viewers all around the world promptly. Being one of the best free WooCommerce themes it uses complete WooCommerce functionalities consisting of categories and product options, shopping cart, wishlist, price options, online payment integration, and many others.

For building any kind of eCommerce based website, Ultimate Ecommerce Shop is a well-recommended one. It looks clean, simple and very comfortable to use. You can showcase important products and services smoothly. An ideal theme for a bookstore, mobile store, apparel store, sports shop, jewelry store, cosmetics store or a furniture store. Because of its appealing look, there is a high chance that more people will be drawn to your website.